GARINS OF THE SOUTH: A LEAGUE OF THEIR OWN

Where others have tried and failed, they succeeded.

Where many have fought and lost, they ended up winners.

Where so much more have stumbled, together they reached and completed their destinations.

And so at the end of the day, it was all six of them, one at a time, hands on the Bible, promising to preserve, protect and defend the Constitution of the Philippines.

TOGETHER they would easily have over 100 years of public service. Combined, they have redefined politics and the very idea of organizing and organization. Together and combined, the family has nurtured and empowered thousands more of families like them.  There to do the job and make government work for the people.  Stronger together.

Their stories and positions held in government are what movies and books are made of.  Truth be told, there is no other family like them in the Philippines.  Not the Binays in Makati.  Not the Osmenas of Cebu.  Not the Estradas of Manila.  Not the Reyeses of Marinduque.  Nor the Javiers of Antique.

The Garin story begins with the patriarch of the family, Oscar “Oca” Garin whose humble beginnings in politics was in summer of 1987.  It was to be the year that he first became Congressman of the First District of Iloilo.  He was to keep the position for a total of 14 years.

From his time in Congress came the appointment to become the  Presidential Assistant to the President for Western Visayas.  He became the alter-ego, the Little President of  Region 6 during the administration of President Joseph “Erap” Estrada.

This was followed by a similar if not higher distinction, Presidential Assistant on Agriculture with the rank of “Undersecretary” during the administration of President Corazon Aquino.

From Malacanang, he became Administrator and Director of Philippine Coconut Industry.  In such short period, he  managed to introduce major programs for the benefit of coconut farmers.

It was one major appointment after the other until 2016 when he went back to where he have his strongest trust confidence.  2016 was when he ran unopposed as Municipal Mayor of his hometown Guimbal.  And here he made it happen and possible the introduction of various projects that earned Guimbal the honor as one of the most beautiful towns in the country.

The patriarch in Oca was made stronger and apparently built to last, thanks to the family matriarch Ninfa Serag Garin. To her credit was the family’s opportunity to join the political arena.

Now San Joaquin Mayor, it was her who actually opened the gateway to politics for other family members.

She won the Mayoral race against  a seasoned opponent by a convenient majority.  She served as Mayor of Guimbal for 18 uninterrupted years.  From then on, she held various positions in government as she became Congresswoman and as Member of the Iloilo Provincial Board.

The lady mayor eventually went back to her hometown, San Joaquin and served 2001 to 2010.  In 2013 she was re-elected as the  town mayor and is now on her 2nd term as she was overwhelmingly voted as Local Chief Executive in this 2019 election. 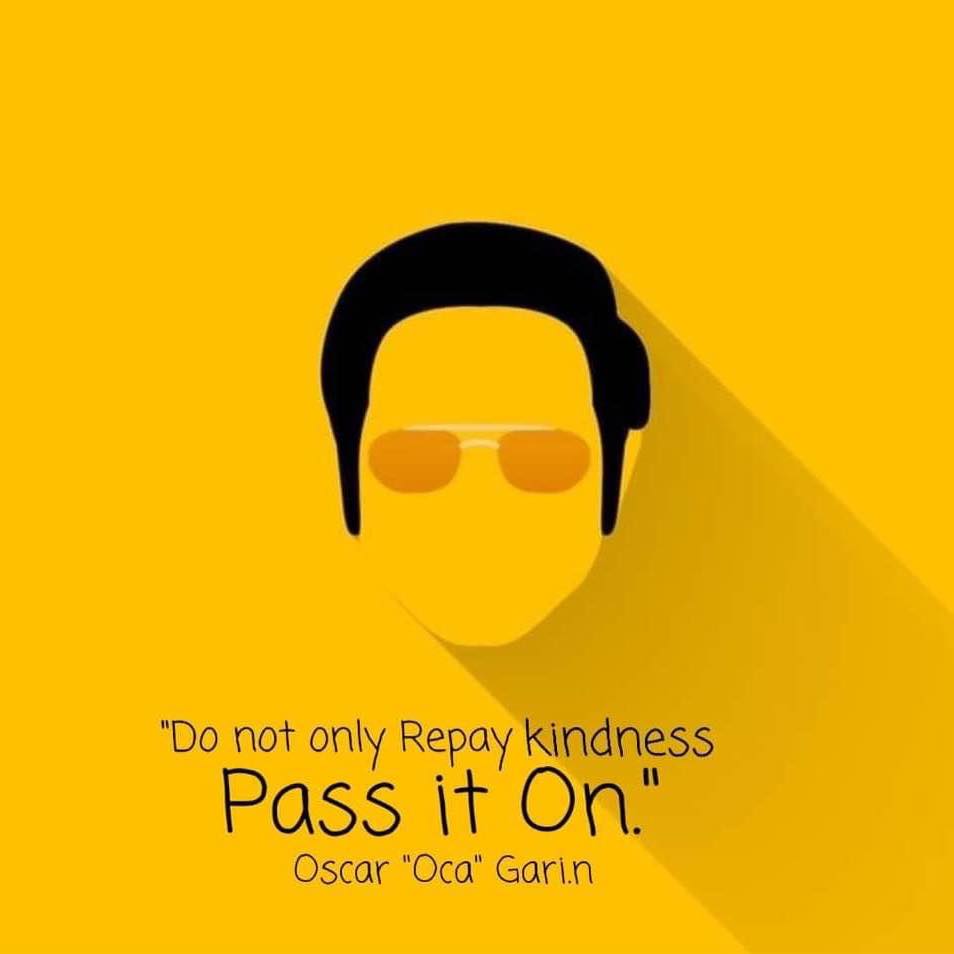 The eldest and only son is Oscar “Richard” Garin Jr. who grew up to become his father’s son – committed to public and government service. Richard’s years after college were spent as a young legislator as he went on to become Guimbal Mayor, Iloilo Provincial Member, Vice Governor and eventually, Congressman. His could be said was a life -“On the job”-training that continued to over 30 years.  To date, Richard has become “private citizen,” his first after over 3 decades of serving the public.

Asked when he is coming back to public service, Richard says, “I’m not coming back only because I will never leave.  I will always be in public service because that is the life that I have.  The life that I know and love. That is the life taught to us by our parents.” Indeed, those who know Richard who is in his early 50s now, saw him in the public eye even in his earliest private life.

The eldest daughter is Jennifer, a neophyte politician of the family.  Despite being unopposed in the 2019 elections, she religiously campaigned for the position as Municipal Vice Mayor of Guimbal, Iloilo.  Her victory made her the official partner of governance of her father, the town mayor.

Jennifer has the family’s passion to serve.  She also brings to the job her  experience in entrepreneurship and being a hands-on dedicated mother.  With her comes the vibrant spirit that livens the already dynamic Legislative body.

Next sibling is Sharon Garin, a Certified Public Accountant (CPA), a lawyer with an MBA. She is a Congresswoman representing AAMBIS-OWA partylist for 9 years now.  She was also the House Deputy Speaker for 3 years during the 17th Congress.  Sharon is the author of the “Farm Tourism Development Act of 2016.”

To note, Congresswoman Sharon is recognized as one efficient member of Congress.

The lady governor is a hardworking public official, no doubt about that.  Her unquenchable zest to continue serving her constituents was awarded with a stable majority over seasoned and popularly-known opponent.

Completing the political family is Congresswoman Janette Loreto Garin, a Garin not by birth but by choice.

A doctor by profession, Doc Janette began her political life as Sangguniang Kabataan Federation President for 3 years in the Province of Leyte.

She ably served for 6 years as member of the Iloilo Provincial Board and Congresswoman of Iloilo’s First District for 9 years.

Her years in government also saw stints at the Department Of Health (DOH) first as Undersecretary for 2 years.  A team player and most capable at that, she became DOH Secretary for another 2 years.

To date, she is back as district’s Representative, a comebacking congresswoman as husband Richard takes a breather out of the political arena.  The lady doctor-solon is equally hardworking with a passion to pursue helping her constituents, the very ones she chose to serve and be with.

THE GARINS AS A FAMILY

The recent poll victories showed how the people chose and gave preference to the experienced and performing men and women when it comes to government service.

Proof is the May 13, 2019 poll results wherein the verdict was revealed in favor of candidates coming from and supported by the Garins.  The result was overwhelming and a sweeping victory for all six Garins and their candidates.

The collective result in Iloilo’s First District is a vindication for the family beset by horrible Dengvaxia controversy that placed Doc Janette in the middle of the row.  There was also that disturbance and interference on police affairs incident which resulted to devastating government counter action.

Deprived of control and supervision over police personnel. Deprived of privilege to secure police escorts.  Stripped of permit to own firearms to protect themselves. The Garin political organization rocked.  Leaders, supporters and allies shaken.  Family’s resolve weakened.  The Garin machinery seemingly inadequate.

Despite all that, the people proved how their trust and confidence in the leadership of the Garins are far stronger than anything else. The people remained steadfast on their approval of the family thus, the people’s will prevailed.

The Garins as a family was vindicated as they rightfully looked ahead instead of backward with regret.

Theirs was a story that openly told of what happened to their family.  And why they are best united as they continued to keep it that way.  In them others in politics should always be reminded, families are stronger together and weakest when against each other.

Talks have it that they have wavered, their resolves weakened yet in writing their history, deleting that should never be an option.  Refusing to talk about it is not telling their real story. In fact, it was those trying moments that distinguished them from the rest.

Which brings us to today.  The Ilonggo voting public and the Filipino nation stood and continue to stand as witnesses.  Witnesses to how the Garins of the South live to tell and show the world that indeed, they are a league of their own.

Where others have tried and failed, they succeeded.

Where many have fought and lost, they ended up winners.

Where so much more have stumbled, together they reached and completed their destinations.

And so at the end of the day, it was all six of them, one at a time, hands on the Bible, promising to preserve, protect and defend the Constitution of the Philippines.

No comments to show.